The plight of Western Christianity: The quest for meaning against post-modernism

The future of the church within Western culture hangs in a very precarious balance. Western civilization owes its very existence to Christianity, for without it, the continent of Europe might never have come into unity, and the Muslim invasions that overthrew the African and Middle Eastern churches would have surely conquered a divided continent. Without Christianity and the ideals of Western civilization, the “American” experiment would have never been realized. It is ironic that secular humanism (the by-product of Western thought, which will be described more fully in this essay) owes its very existence to a worldview it flatly rejects. We now find ourselves standing at a point in which we must determine the fate of Western culture and evangelical Christianity within the United States.

One of the first elements to understanding a person’s philosophical framework is to realize that narrative shapes worldview. This would suggest that one’s metaphysics and epistemology must come into agreement in order to properly form a consistent view of reality. However, for the majority of post-modern thought, this is not the case. Confusion abounds when one’s quest for meaning and purpose is combined with a denial of absolute truth.

This essay will examine four ideals that have had great effect upon the narrative of Western culture, beginning in the mid-20th century. These ideals include: 1) Moralistic Therapeutic Deism 2) victimology 3) post-modernism 4) and secular humanism. It is my belief that the current climate of progressivism’s assault on logic and reason is the combined result of Western civilization’s prosperity and the Euro-American loss of our Christian identity. To demonstrate this I will quickly sketch these four “isms” and their impact upon Western thought. But before that, I would like to offer a brief historical outline of the thought world of Western culture.

Following his 1st century conversion, the Apostle Paul stood before the Epicureans and Stoics in Athens with one mission: engage the milieu of Greco-Roman thought with the transforming reality of Jesus Christ. This initial encounter of faith and philosophy, found in Acts 17, would ignite a debate for the next seventeen centuries. However, with the Enlightenment came a rejection of anything that could not be tested against the scientific method. Science had given us something that philosophers and theologians never could, or so they thought. Suddenly it seemed as if the world no longer needed God as an explanation for anything. Methodological naturalism (the idea that we should always look for natural cause to every observed effect) quickly became scientific-naturalism, or as we think of it more commonly, Atheism. The search for human meaning and purpose now lay in the firm grasp of mathematics, physics, and biology. Soon thereafter, the pervasiveness of secular thought overwhelmed the Western world. By the late 19th century, philosophers like Fredrich Neitezche declared the death of God. Following “the demise” of the Divine, war, genocide, blood lust, and the sexual revolution dominated the 20th century. In a world that no longer needed God, chaos and confusion swept over the landscape that would become the post-modern West. (Dostoyevski observed, “without God, all things are permissible.)

So, where did this leave the Church? We must realize that the relevance of “church-life” is always one generation away from obsolescence. While the words of C.S. Lewis will always ring true, “a man can no more diminish God’s glory by refusing to worship Him than a lunatic can put out the sun by scribbling the word ‘darkness’ on the walls of his cell,”  it cannot be overstated that the future of Christianity lives or dies by the witness of the Church. Every generation stands as the last bastion of hope to a lost world — and the world to which we are ministering is a culture of confusion, blurred lines, and the denial of objective truth.

Christian Smith, a sociologist from Notre Dame, studied American young adults and youth raised in the church during the 90’s and 00’s and discovered that they have a default religion as result of being “wrongly-churched” – he termed it Moralistic Therapeutic Deism.  Essentially it can be defined as, “God just wants us to all be nice to each other and accepting; he wants us to all be happy; all good people (understood as those who are accepting) go to heaven; there is no need for a savior.” We must remember that this generation is so unlearned and unchurched (or wrongly-churched) that the first step in ministering to them is to help them see that the Gospel has a real and relevant answer for their lives. Unfortunately, growing up in a deficient Christian experience, another “gospel” has taken root in their hearts and minds. If we are to be the hands and feet of Jesus to this confused generation, then we are going to have to “get dirty.” No longer can we offer whitewashed, sentimental evangelism, but rather, we must seek out the lost, challenge the ideas that imprison them, and lead them to the Truth.

In an age of self-defining, intersectionality and victimology pervade college campuses. This is not exclusive to the university world, but it is here where it is most observed. Intersectionality teaches young minorities — and therefore young people in general – to see themselves as sufferers not sinners. If one is always the victim, then there can never be room for self-reflection, personal accountability, or repentance. In the church, therefore, we cannot preach the “Jesus loves you just the way you are” message, but rather, we must spread the hope of, “your new life in Jesus is his to define and you must bring all that you are so that he might make you all that he desires you to be.” Only through repentance and faith in Jesus can one’s life be transformed. Victimology and intersectionality only affirm the brokenness within a person’s life. But, a new identity defined solely in Jesus transforms that brokenness into new life. It is only in a turn away from the “self” and towards God that we can ever hope to find fulfillment and meaning in the midst of our broken lives.

However, this turn toward the “self” is understandable, for once you have denied objective and knowable Truth, the “self” is all you have left. It is here that we find both our final two “isms,” post-modernism and secular humanism. Broadly defined these two terms encompass the previous ones. Yet, in order to grasp the insidious nature of post modern thought, we must realize that from it birthed religious pluralism, secular humanism, and deconstructionism, three pervasive destroyers of hearts and minds. While I will not go into elaboration on religious pluralism or deconstructionism, they can quickly be defined as: all religions are the same; words have no true meaning in themselves. Therefore meaning is subjective, and defined however an individual so chooses. Secular humanism asserts that human meaning and purpose are defined merely by reference to human values, without the Transcendent. The individual then reigns supreme: you are the beginning and end of meaning, therefore, if it feels good, then it is good. In much the same vein as existential philosophy, secular humanism is an attempt to define life by the sole endeavor of the individual. All person’s have value, although there is no absolute standard by which value is given. This then allows one to grandstand on platitudes such as, “my body, my choice,” and self-determine that an unborn child is not as valuable as the mother in who’s womb he/she is being carried. Or, that sex and gender are not determined by chromosomal markers, but rather, by one’s feelings. Secular humanism is the finished product of post-modern thought, it is a combinatory confluence of post-Enlightenment philosophies like nihilism, existentialism, and positivism. Nothing matters; define your own meaning and purpose; there is nothing meaningful unless it can be demonstrated by the scientific method or through a math equation.

It is no wonder then that recent studies have shown western societies like the United States and Europe to be experiencing an epidemic among younger generations of depression, purposelessness, and anxiety. The West has become confused by a culture that tells us to self-identify and be creators of our own reality – all the while condemning us for having no drive or self-confidence. Ultimately there can be no lasting meaning or unshakable purpose to life outside of the reality that God, through the person of Jesus, has made himself known. This was the foundation upon which the greatest civilization the world has ever known sprang forth. Who we become in the future, as a nation, culture, but most importantly as the Church, depends on how we confront the meaninglessness put forth by post-modern thought. Our witness must be intentional, we must not shy away from confrontation with regard to the Truth. Either Christians rediscover that our faith is the foundation of Western civilization, or we will bear witness to its demise. Only when the light of the Gospel shines into the life of a person can their quest for meaning find its fulfillment.

As with every generation, we are the last bastion of hope to a lost world. 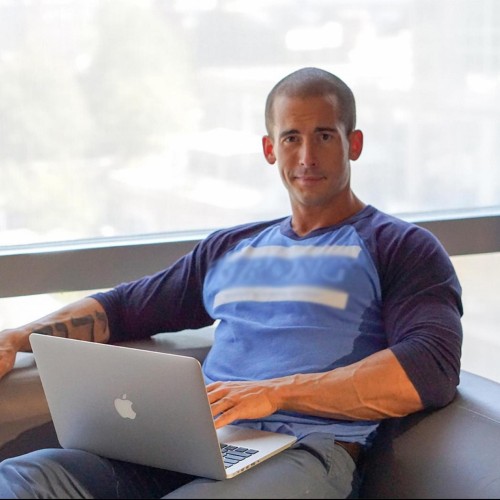 Rev. Isaac Blakemorehttps://isaacblakemore.com
Executive Director of John & Charles Wesley Center. A sought after speaker, his research focuses on the interface of science, philosophy, and religion.
Previous articleWhat is Christian Perfection?
Next articleHow to make disciples

The Myth of Self-Care

They Can’t Ever Appreciate You Enough

From Fear-filled to Fearless: Living for the Resurrection

THE CHURCH IS PHYSICALLY SPIRITUAL: WHY WE MUST REOPEN NOW!