Raised with Jesus to New Life by His Spirit

“…God gave us a spirit not of fear but of power and love and self-control.”

I confess: My love handles are far too pronounced for me to be giving any advice about self-control, and I live among a people who evidence very little self-control.

To be sure, the idea of controlling oneself flies in the face of today’s conventional wisdom— does it not? Just think of it: Who today, in our culture of excess and decadence, champions moderation and restraint, especially when it comes to one’s own passions, appetites, consumption, words, thought-life, entertainment, or desires? No doubt, you’d be hard-pressed to find anyone who both has our culture’s attention (shortly-spanned as it is) and has the courage to suggest to our culture, “You’ve had enough,” or, “Perhaps you ought not.” Most surely, they’d be cancelled quite quickly.

We live in a world that continuously encourages us to have whatever we want whenever we want it and no matter what it is. Good things come to those who take— right?

“People will be lovers of self, lovers of money, proud, arrogant, abusive, disobedient to their parents, ungrateful, unholy,heartless, unappeasable, slanderous, without self-control, brutal, not loving good, treacherous, reckless, swollen with conceit, lovers of pleasure rather than lovers of God,having the appearance of godliness, but denying its power.”

Yikes. That sounds an awful lot like us and the world in which we live.

Please don’t misunderstand me, though: I’m not suggesting that ours is a culture that is uniquely lacking in self-control. In fact, the Scriptures seem awfully clear that the lack of self-control (or simply the refusal to deny one’s self) is a natural part of the sinful human condition. Like Eve, her daughters grasp what simply is not theirs to have. Like Adam, his sons take for themselves what frankly does not belong to them.

As the Church prepares for Her great celebration of Jesus’ triumph over sin, hell, and death, the season of Lent calls us to exercise a bit of (you guessed it!) self-control, inviting us to practice some self-evaluation and self-denial. On the way to the Cross of Golgotha, we are beckoned by our Lord:

“If anyone would come after Me, let him deny himself and take up his cross and follow Me.”

Each year, at the beginning of this Lenten season, I always remind my congregation that, if they are going to “give up something” for Lent, it ought not be something sinful; instead, it ought to be something rather good— innocent, really. Why? Because you don’t just “give up” sin for a few days; you kill it. (Colossians 3:5) “Giving up something” for Lent, however, is about controlling your desires and appetites, really— about getting yourself together, developing self-control, learning to deny yourself something you might otherwise even innocently desire; after all, the capstone of what the Spirit of Christ produces in us is self-control. (Galatians 5:23) Oh, how we desperately need Him to cultivate His fruit in the depths of our hearts and raise up His character in the totality of our lives!

Easter is the undoing of the consequences and power of the Fall. Jesus— the second Adam, the last Adam— has accomplished for us what our original parents failed to do: He trusted the Father completely, perfectly, even to the point of death.

But the Cross was not the end of the story, for Sunday morning, the tomb was empty. And in stepping out of the depths of the grave, our Lord had not just “come back to life” as we so often misrepresent it; no, He resurrected, which is to say, He came through death— not simply denying it, but actually conquering it. And as the Apostle Paul reminds us, we have been buried with Him in baptism, and so we have also been raised to new life in Him through faith. (Colossians 2:11-12ff; cf. Romans 6:4) Our participation in His atoning death and glorious resurrection is by His Spirit who lives within our hearts by faith, transforming us into His likeness and empowering us to share in His life. (II Corinthians 3:18)

“The grace of God has appeared, bringing salvation for all people, training us to renounce ungodliness and worldly passions, and to live self-controlled, upright, and godly lives in the present age, waiting for our blessed hope, the appearing of the glory of our great God and Savior Jesus Christ, who gave Himself for us to redeem us from all lawlessness and to purify for Himself a people for His own possession who are zealous for good works.”

May the grace of the Lord Jesus have its way in us by His Spirit, enabling us, among other things to live lives that are self-controlled as we surrender ourselves to His will and follow Him in His way. Amen. 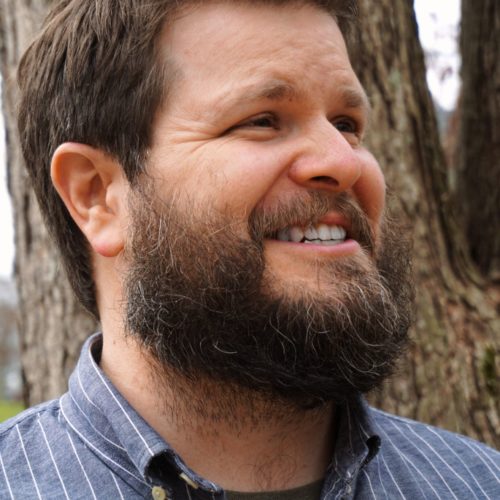