Did God send the Corona Virus to punish humanity?

Because of my position as a seminary professor, I am the designated “Bible scholar” in my water aerobics class. A fellow exerciser asked me if God had sent this frightening pandemic to punish us. I said that God was certainly speaking to us through this situation. But I specifically refused to say that God intentionally sent the virus or that His purpose was to punish.  I reminded my friend that nothing can happen that God does not allow; however, we cannot always identify why God permits disease or affliction.

One of the clearest biblical examples of the mystery of suffering and the absurdity of assigning blame or understanding causation is the story of Job. In one day, this godly man suffered the loss of almost everything good in his life: all his livestock wealth and his ten children. The next day he contracted a dreadful disease. His closest friends thought Job must be a terrible sinner because God had “sent” suffering to punish him. They were totally wrong.

Sometimes in biblical revelation, God does specify through a prophet that a disaster is His punishment for disobedience. Among the examples of God’s warnings are the plagues of Egypt and the exile of the Jews to Babylon. Without a divine directive, it is a mistake, I believe, to automatically assume that every tragedy is directly a punishment from God. We live in a broken world that is functioning far below what God originally intended for His creation. Yet, God always has something important to say to us during times of personal distress or world-wide disaster.

When people asked Jesus about why certain people had diseases or why some people died through accident or violence, he did not mention causation or place blame. As he healed a man born blind, his disciples asked whose “fault” caused the blindness. Jesus said: “It was not because of his sins or his parents’ sins. He was born blind so the power of God could be seen in him.” John 9:3 NLT

In another instance, Jesus spoke of two well-known tragedies of his day: (1) Pilate murdered some temple worshippers as they offered their sacrifices, and (2) eighteen men were accidentally killed when a tower fell on them. These people were not especially wicked, Jesus said, so that they deserved their fate. Rather than placing blame for the disasters, he said each person should reflect and take care of his/her own relationship with God.  “You will also perish unless you turn from your evil ways and turn to God.” New Living Translation Luke 13:1-4.

Whether through disaster or through old age, all of us will die sometime and thus we all need to repent. Lent is that annual season when Christians reflect on the suffering of Jesus Christ for our salvation and examine ourselves, asking God to show us where we need to turn away from evil. Even Christians need seasons of repentance when we become aware that we should abandon some destructive attitude or action and seek our God of grace and transformation.

Perhaps God speaking other things in this world pandemic. Romans 8:28 still applies, “We know that in all things God is at work for the good of those who love him, who are called according to His purpose.” (NIV) Perhaps a better question than “Is God punishing us?” might be this: “How can we see God at work in this situation and how we can be Kingdom of God people during this time?” Could it be that, as Jesus said of the blind man’s condition, this happened “so that the power of God could be seen?”

In China, where COVID-19 first appeared, the Chinese people are disenchanted with their government’s reaction to the spread of the disease. But as Chinese Christians sacrificially give care and bring food to those who cannot get to hospitals and markets, the reputation of the Church grows and Christ is made known. In the United States, people who did not come into the church building are listening to the gospel as churches continue to worship together online. God is at work through the COVID-19 season, seeking to awaken lost people to their spiritual need, and empowering the compassion and faith of His people. We don’t know why God is permitting the Corona virus to cause such panic and damage. But we do know He is good, His mercy is everlasting, and His truth endures forever. 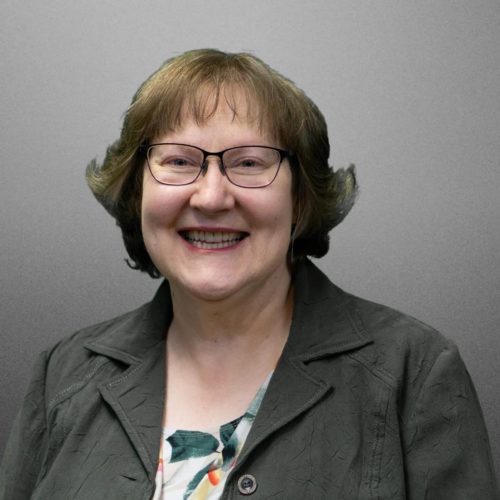