The Dimensions of God’s Great Mercy

How many dimensions are there? We usually think of space as three-dimensional: the first dimension is length (think of a straight line); the second dimension is width (imagine a flat surface like a piece of paper); the third dimension is height or depth (picture a cube). When Albert Einstein theorized about relativity, he united space and time into a single complex whole. From this perspective, time is the fourth dimension and things are located in either the past, the present, or the future. More recent scientific theories like superstring theory and M-theory have proposed several more dimensions that we can scarcely conceive. But as far back as 1884, the science-fiction author Edwin Abbott already had suggested that there were higher dimensions and that they might have spiritual significance. In his book Flatland, Abbott speculated about what it would be like for a world of two-dimensional persons to be visited by a three-dimensional being. From the flatlanders’ perspective, such a being would have supernatural powers. Abbott distinctly implied that the biblical record described the encounters of finite-dimensional humans with the infinite-dimensional God. The mysteries and seeming contradictions in the Bible’s accounts of God and Jesus could be addressed by appealing to higher dimensions beyond human understanding.

With Flatland in mind, let’s turn to the first psalm of the Egyptian Hallel recited at Passover, Psalm 113. Verse 1 issues a triple call to praise Yahweh (“the LORD”), the God of Israel. Next the psalm explores three dimensions in which the praise of God is to take place:

The psalmist spends most of the psalm unpacking that final dimension. Even though the psalm uses the language of height, it actually sets God beyond space and time: God is so exalted, so transcendent, that he “looks far down on the heavens” as well as “the earth” (v. 6). God isn’t just in heaven, as though he’s merely an occupant of a universe or a dimension that’s greater than he is; instead, he’s above and beyond even the highest realm known. As the medieval theologian St. Anselm of Canterbury once described him, God is the Greatest Conceivable Being. Regardless of how many false gods and saviors human beings have believed in and worshiped across cultures and history, this God outdoes them all by far. No matter how many dimensions scientists hypothesize or discover, this God will always be infinitely greater than them all. That’s the God we serve!

If the psalm were to stop at verse 6, though, we’d have a very incomplete portrait of God. He would be worthy of awe and reverence, but we might figure that he was far too high and lofty to concern himself with the likes of us. But verses 7-9 give us good news: the One who dwells in eternity reaches all the way down to help those in need, both men and women alike. The infinitely exalted God exalts the poor to a place of honor among princes (vv. 7–9). The Lord whose place is above all and who oversees the nations (vv. 4–6) gives the infertile woman a place of her own, a home where she can oversee her very own children (v. 9). The incomparable greatness of God that calls forth the psalmist’s praise is not simply God’s transcendence or sovereignty but also God’s goodness and mercy.

As Jesus and his disciples sang this psalm at Passover, they no doubt recalled God’s mercy in giving infertile Abraham and Sarah their son Isaac at the start of Israel’s history. Perhaps they thought also of Joseph, whom God raised up from slavery and prison to become an exalted ruler and savior for the people of Israel and the whole world of his day. But did Jesus reflect on how his mother Mary, barren due to her virginity, had become a “joyous mother” (v. 9) by the power of the Holy Spirit? Maybe he had heard repeated in his childhood the words of her song praising God for looking upon her mercifully in her lowly state, for humbling the exalted and lifting up the poor of his people (Luke 1:46–55; compare Ps. 113:7–9). And as Jesus sang, did he not trust his heavenly Father who “raises the poor from the dust” (Ps. 113:7) to raise him up from the dust of death on the third day?

Years later the Apostle Paul would compose his own multi-dimensional prayer. He asked that his readers might “comprehend with all the saints what is the breadth and length and height and depth, and to know the love of Christ that surpasses knowledge” (Eph. 3:18–19). The love of God Most High was displayed most perfectly when Christ hung between heaven and earth with his arms stretched wide for six hours on Good Friday. Measure the dimensions of the infinite God’s mercy by the Cross—and give him praise! 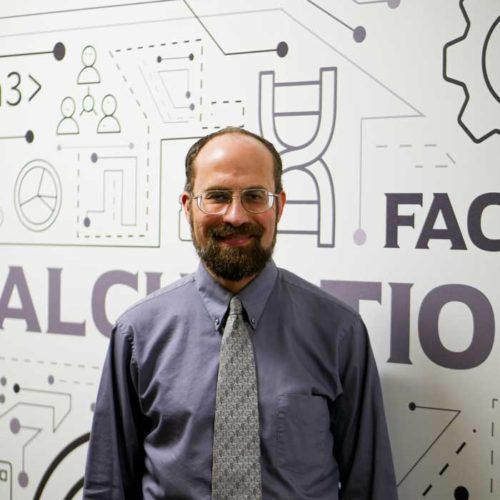