Historiography and the Historicity of Centralization

Earlier this year, the Southeastern Commission for the Study of Religion (SECSOR) featured the work of Professor Baruch Halpern of the University of Georgia. Dr. Halpern boasts a long and distinguished career in the field of Biblical Studies, and on this occasion, SECSOR featured his work on centralization, which refers to the social and theological program of establishing and regulating worship in ancient Israel to one particular site. The conversation was lively, and, as it developed, the dynamics of the event became the focus. Did it happen? If so, what did it look like? What were the social, political, and theological nuances of its function? And there were other question entertained.

At first glance, you may be asking, “Why are they even having this conversation? The Bible says it happened with Hezekiah (2 Kgs 18) and, most clearly, with Josiah (2 Kgs 22–23).” For many who grew up in the Wesleyan-Arminian theological tradition, questions of Dr. Halpern’s paper and the discussion that followed seem like a waste of time. However, there are at least two good reasons for even having this discussion:

It’s something of a vicious cycle, really. The archaeological data could provide the needed extra-biblical evidence to support the claims of the text, but said data is notoriously difficult to interpret. And the text could help make sense of the data on the ground, but the perpetual debate about its diachronic history makes it difficult to explain excavations and their data. Nevertheless, all archaeologists agree that something happened during the latter portion of Iron II, the period when Hezekiah and Josiah were reigning. Where scholars disagree is in making sense of what happened.

At one point in the weekend, Shane M. Thompson, a Ph. D. Candidate from Brown University, gave a really thought-provoking paper, arguing that the centralization efforts of Hezekiah and Josiah were more of a practical program than anything else.[2] Instead of purging Judah’s traditional worship sites from non-Yahwistic ideas because they perpetuated bad theology and worship, the sites were stripped clean in order to save the very valuable cultic items, both Yahwistic and non-Yahwistic, from the imminent Neo-Assyrian invasion. The logic of such an action can be roughly summarized as follows. “If we take all these valuables to Jerusalem, our capital, then the Assyrian army as it comes through our country will have a harder time seizing them and taking them back to Nineveh as plunder.” According to Thompson’s reconstruction, the Yahweh-only idea traditionally associated with centralization was a theological conviction born out of the fires of the Babylonian Exile and later applied to the accounts in Kings.

There were three reasons why I appreciated Thompson’s paper. First, Thompson considered documented instances where kings saved their idols from an imminent military threat by bringing them to a singular location.[3] Second, Thompson rightly considered the impact of an imperialistic context and an imminent military threat upon understanding the dynamics of centralization. Third, Thompson demonstrated a commitment to seeking a synthesis between the archaeological data and the text. But in the end, I believe that Thompson’s argument forces a hard conversation about something more fundamental, historiography.

Historiography is the study of history writing, and this proposal suggests that the writers responsible for the final form of Kings engaged in some historical revisionism. According to Thompson’s proposal, the writers radically reinterpreted specific actions that were originally counterproductive to the theological program of absolute allegiance to the Lord. What’s more, such a radical reinterpretation implies a level of disingenuity that compromises the essence of what history writing is. History writing is an endeavor that seeks to accurately recount the past in order to communicate a particular point. It’s concerned with what happened while presenting the information in a way that accomplishes something. To put it bluntly, history writing has an agenda. It’s biased, sure. But history writing, at least proper history writing, does not allow its ideological interests to overwhelm or undermine a concern for accuracy. Accuracy matters, and if it’s jettisoned, the literary endeavor ceases to be history writing and it becomes something else.[4]

My concern with discussions about the historicity of centralization is not with reconstructions that suggest the historian exercised a certain level of literary freedom when recounting the events, for artistry is an acceptable element of history writing. Or, that whatever happened was as much about economics and royal rhetoric as it was about theology. But I believe there’s a line that’s crossed when we argue that the centralization program of Hezekiah and/or Josiah were idealistic retrojections of a post-exilic community. If biblical history embraces disingenuity or displays a caviler concern for accuracy, that’s essentially incompatible with a larger Canonical and theological program that is intimately connected to certain historical claims.

Moreover, it’s certainly debatable to seize the fact that the archaeological evidence in Judah during the eighth and seventh centuries surrounding centralization is ambiguous and then jump to the conclusion that centralization is a later retrojection rooted in the (questionable) claim that monotheism developed in the exilic and post-exilic periods. What appears to be more intellectually honest—and more theologically fruitful for that matter—is a commitment to understanding the historiographic dynamics of Scripture, which most certainly requires extra-biblical testimony despite all its ambiguity.

When it comes to the specific issue of centralization, it’s incontrovertible that something happened in Judean society that resulted in putting regionally prominent worship sites out of commission (e.g. Arad, Beersheba). Yet a theological explanation is likely only one that explains this phenomenon. Neo-Assyria was on the horizon, and we know that Judah was making social and economic preparations for their invasion. And what’s more, the aftermath of Neo-Assyria’s movements through Judah during Sennacherib’s Third Military Campaign demanded a response. Therefore, any reconstruction and understanding of centralization must consider all these variables, even while Scripture emphasizes centralization as a theological issue.

Remember, God chose to reveal so much of his truth through a particular culture, living in a particular part of the world, at a particular time. Literarily, this means that we must acknowledge and accommodate the literary conventions of the day. And for the texts pertaining to centralization, they manifest the convergence of a concern for what happened in Israel’s history while celebrating the Davidic monarchy as a critical mechanism in ushering forward the Lord’s redemptive plan, progressively revealed through time. 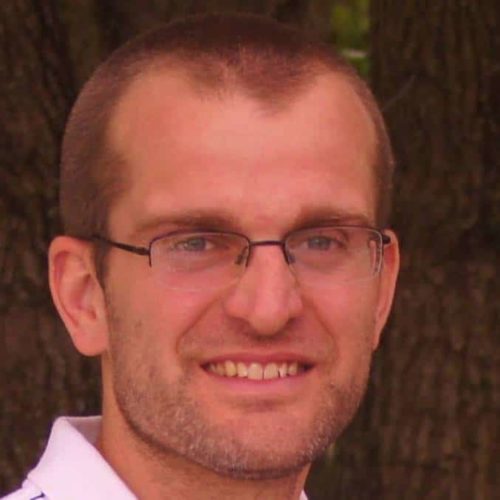 David Schreiner, Ph.D
Dr. Schreiner is the Assistant Professor of Old Testament at Wesley Biblical Seminary. He is an expert in biblical archaeology and history.
Previous articleLenten Devotional: Holy Saturday
Next articlePeace Be With You

The plight of Western Christianity: The quest for meaning against post-modernism