Think about all the ways that God’s providence watched over Jesus and his birth to fulfill prophecy.  First, since one of the earliest of the prophets laid the foundation for the conviction that the Messiah would be born in Bethlehem, God needed to pick a couple for whom it would be reasonable for Jesus to be born there.  Remember Micah 5:2 declared:

“But you, Bethlehem Ephrathah, though you are small among the clans of Judah, out of you will come for me one who will be ruler over Israel, whose origins are from of old, from ancient times.”

Even more than that, the Messiah had to be born of the lineage of David…hence the hometown of David – Bethlehem – was the chosen birthplace.  Yet, the ones to whom the Messiah was given needed to be not just recent dweller in that town, but needed to be descended from David’s direct line.  So, some couple that had a line of descent directly to King David and who would be able to be in Bethlehem at the time of his birth had to be chosen.

Also, since God’s plan involved the Eternal Word (the Only Begotten Son) becoming human, then if he was going to be a truly human person he must be born a baby and raised as a child and young person in the same way that all children and young people learn about the history of their people – by parental influence.  Even more, the parents would need to be not only nominally observant to the history of God’s Covenant with Israel (there were plenty in Israel at that time who fit that description), but would need to be deeply committed and holy people who knew the presence of Yahweh and observed the Covenant faithfully.  (If Jesus was fully human, then his human mind and heart had to be shaped by holy parents.)   In other words, not just any old couple would do.  So, Mary and her betrothed, Joseph, were the candidates God elected, not in spite of their character, but because of it.  God, as God always does, chose wisely!

Yet neither Joseph nor Mary were residents of Bethlehem, although Joseph (at least) was of the “House of David. They lived in Nazareth, so that meant that there needed to be a very important reason for them to make the long and arduous journey to Bethlehem (about a four day journey, at best) while Mary was very close to the due date.  How close we don’t know, but probably within a couple of weeks.  How coincidental (?)…I would say providential … that “there went out a decree from Ceasar Augustus” for every one in Israel to go and register in a census…and to do so at the town in which their “tribe” was originated.  In retrospect, we can conceive of God as utilizing Caesar’s own agenda for a divine purpose. (Recall, Cyrus of the Persians in the Book of Ezra who “decides” to not only let the Hebrews return home, but commissions Ezra to go as a newly established governor.)  God’s providence is in the details of even a political decision that Caesar could not have understood.

Furthermore, God watched over Mary during the perilous job of carrying the God-Man in her body to full term.  Also, consider this: the infant mortality in the Roman Empire was about 30%.  And an additional 30% of children did not reach adulthood. From a merely human point of view, the odds were stacked against Jesus reaching maturity, with only a 40% statistical chance of Jesus living to the age of 20. Of course we have to add into the equation that people were out there actively trying to kill him as a little child.. Powerful people. With armies.

God’s providence watched over Jesus throughout all of his life through the care of Joseph and Mary, but also beyond them in many other ways.  They knew Jesus had a divine destiny, but not even they could have conceived of what God was going to do through His Only Begotten Son.

If God ‘s love for the world is why He gave His Son AND provided very coordinated and careful providence for His Son, then never wonder if you are important to God.  All that God did for Jesus, he did FOR YOUR SAKE! 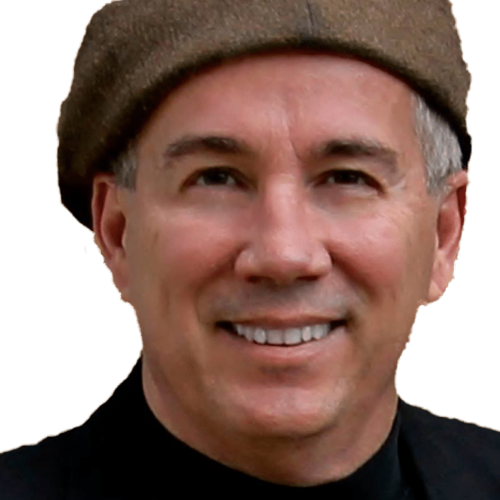 Steve Blakemore, Ph.D
Dr. Blakemore is a co-founder of the JCW Center and the Professor of Christian Thought at Wesley Biblical Seminary.
Previous articleWhat Are We to Do When We’ve Met Jesus?
Next articleThe Life of God in Christian Experience, Part 1: The Nature of God as Trinitarian Relationship